In a previous article I described how you can let QGIS generate a series of thematic maps with a batch file. This method was meant for the Windows version of QGIS. Now I have written a similar shell script for Linux (‘projectsnapshots’). You can find it in the ZIP file included with this article. It also contains all other files you need to test the script and an example of the result. The result consist of a series of images and a HTML showing all maps. The content could be copied and pasted in a word processing file. Before the script can be run, you have to make it executable. For further instructions I refer to the previous article. The script was tested with openSUSE 12.3. It works with QGIS 1.9.0-Master, but unfortunately not with QGIS 1.8. 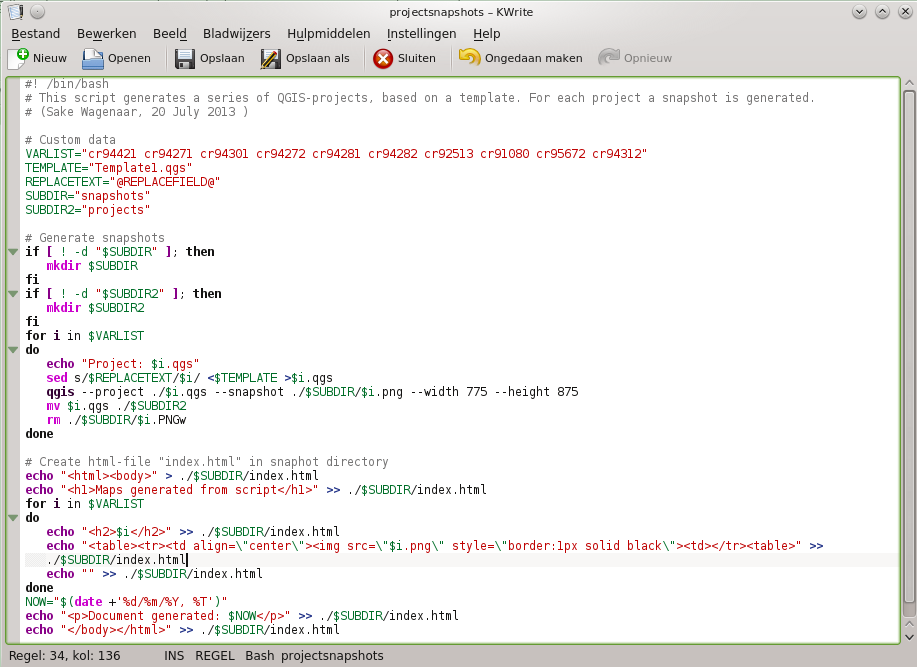